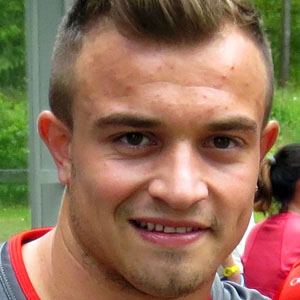 Attacking midfielder known for incredible dribbling, passing, and crossing who debuted for the Swiss national team in 2010 and won a Swiss Golden Player Award in 2012.

He began his youth career in 1999 with SV Augst.

He debuted professionally for FC Basel and joined Bayern Munich in 2012.

His parents are Albanian and fled to Switzerland with Xherdan and his three siblings during the beginning of the Kosovo conflict.

He became teammates with winger David Alaba on Bayern Munich.

Xherdan Shaqiri Is A Member Of