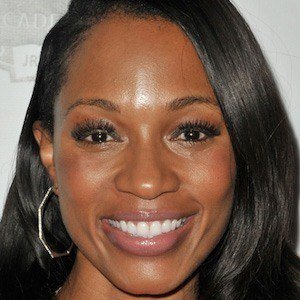 Journalist known for her time with the Tennis Channel and on ESPN's First Take. She was promoted to be a SportsCenter anchor in mid-2015 and anchored her first broadcast in July.

She studied English and mass communications at UCLA and moved to West Virginia for her first reporting job.

While reporting in Florida, her work covering Serena and Venus Williams sparked an interest in tennis, which ultimately led her to the Tennis Channel.

Her parents are Dylan and Mariah Champion.

She has worked with Stephen A. Smith and Skip Bayless while on First Take.

Cari Champion Is A Member Of