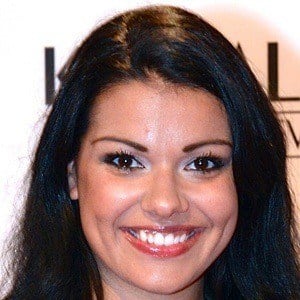 Singer and dancer who runs a podcast with Adam Alsing and Daniel Breitholtz on TV3. She represented Sweden in both the European and World Championships in dancing. She has earned over 50,000 followers on Instagram.

She was a three-times Swedish junior champion in Latin American dance, standard dance, and ballroom dancing.

She opened a dog cafe in 2012 called Coffee & Friends.

She and her husband, Niklas, have a son named Theo and a dog named Leia.

She posed alongside Spiderman on her Instagram in June 2017 to promote the upcoming film starring Tom Holland.

Carin da Silva Is A Member Of