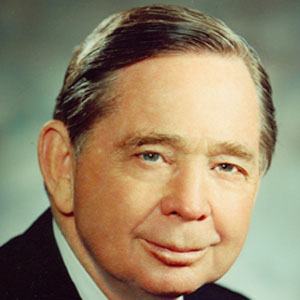 Democratic politician and fifty-fourth Speaker of the United States House of Representatives. From 1947 until 1977, he represented Oklahoma's third district in the U.S. Congress.

After retiring from politics, he co-wrote an autobiographical work entitled Little Giant.

The son of an Oklahoma coal miner father, he grew up in the town of Bugtussle. His marriage to Mary Harmon resulted in a daughter and a son.

He served as Speaker of the House under the presidential administrations of Richard Nixon and Gerald Ford.

Carl Albert Is A Member Of