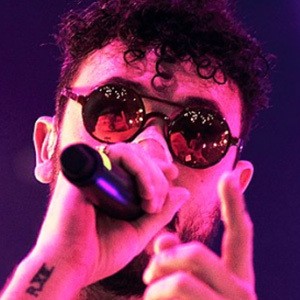 Italian pop singer and rapper who is known for his work as a solo artist and for releasing the singles "Fotografia", "Posso", and "Merci". He is also known for having participated on the 2018 season of The X Factor on Sky Uno.

He first started rapping at the age of 11. He released his first album Semper Peggio Vol. 1 in 2012. He later made his solo debut in 2014 when he released the Brave EP.

He is known for having earned representation from both the Bomba Dischi label as well as Universal Music.

He was born and raised in Rome, Italy.

He collaborated with pop singer Elisa on the 2019 single "Living All Lives".

Carl Brave Is A Member Of