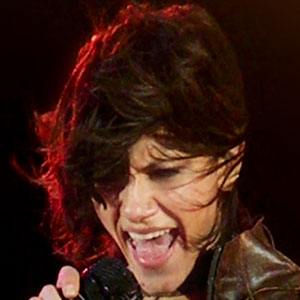 Singer/songwriter best known for her single "Dancing," which was featured on two seasons of the popular reality competition show So You Think You Can Dance. She has also achieved success with her single "Come Speak to Me."

She signed with Sugar, a record company, when she was approximately 17 years-old.

She married Andrea Rigonat. They have two children.

Her song was featured on So You Think You Can Dance, a show produced through Dick Clark Productions.

Elisa Is A Member Of