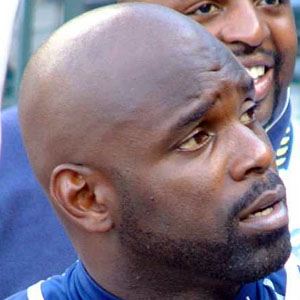 On September 2, 2001, he ruined a perfect game bid by New York Yankees pitcher Mike Mussina when he singled with two outs in the ninth inning.

He had three children with his wife Linda.

He broke into the majors with the Florida Marlins and played alongside outfielder Jeff Conine for parts of two seasons.

Carl Everett Is A Member Of