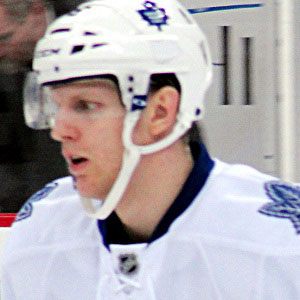 Solid two-way defenseman who made his NHL debut during the 2009-2010 season with the Toronto Maple Leafs and won silver at the 2011 World Championships. He helped the Blues win a Stanley Cup title in 2019.

He played for Linkopings HC in the Swedish Elite League.

He won bronze medals for Sweden at the 2009 and 2010 World Championships.

He was born in Orebro, Sweden.

Goaltender Jean-Sebastien Giguere was his teammate on the Maple Leafs.

Carl Gunnarsson Is A Member Of