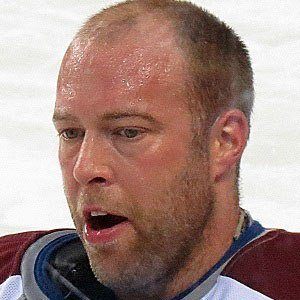 NHL goaltender who led the Mighty Ducks of Anaheim to a Stanley Cup Championship in 2007. He also received the Conn Smythe Trophy for playoff MVP in 2003 after leading the Ducks to the Finals where they were defeated by the New Jersey Devils.

He was considered a world-class junior goalie in the Canadian junior league.

His work between the pipes led the Mighty Ducks to a sweep of the defending champion Detroit Red Wings in the first round of the 2003 NHL Playoffs.

His older brother was drafted by the Toronto Maple Leafs.

He out-dueled the Red Wings' Curtis Joseph in his breakout 2003 Playoff series.

Jean-Sebastien Giguere Is A Member Of