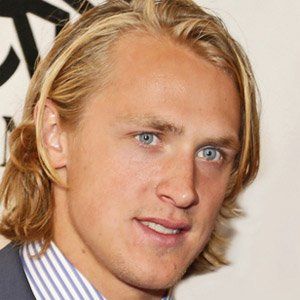 Left winger who made his NHL debut with the New York Rangers in 2011 and won an Olympic silver medal in 2014 representing Sweden. He helped the Rangers reach the 2014 Stanley Cup Finals and he won Stanley Cup Championship with the Pittsburgh Penguins in 2016 and 2017.

He played college hockey at the University of Michigan.

He played for the AHL's Connecticut Whale.

He joined goaltender Henrik Lundqvist on the Rangers in 2011.

Carl Hagelin Is A Member Of