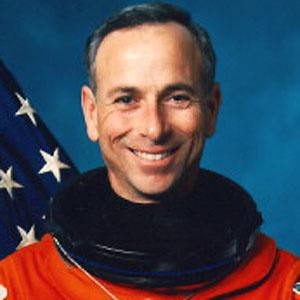 Astronaut who in 1994 performed the first untethered space walk in ten years.

He was a test pilot for the U.S. Air Force.

He went on three missions to space and spent over 712 hours in space.

He is a pilot like fellow astronaut Michael Collins.

Carl Meade Is A Member Of