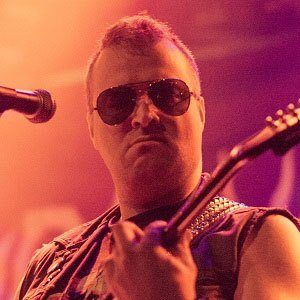 Norwegian black metal drummer, vocalist and multi-instrumentalist most famous for his work with bands like Satyricon and Ulver. He is known for his non-traditional approach to playing blast beats.

He lost the use of his feet after falling from a four-story window in March 2005.

He grew up in Norway.

He and keyboardist Kimberly Gross have both served as touring members of black metal stalwarts Dimmu-Borgir.

Carl-Michael Eide Is A Member Of