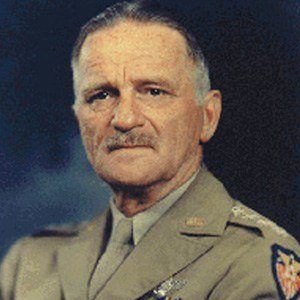 During World War I, he served with the thirty-first Aero Squadron in France, winning the Distinguished Service Cross for his bravery.

His prestigious military honors included the Legion of Merit, the Distinguished Flying Cross, and the Bronze Star.

He was born Carl Andrew Spatz. His wife and daughters later persuaded him to add a second 'a' to his last name to make it pronounceable as 'Spahtz.'

He and General Henry Arnold were both proponents of a large American Air Force.

Carl Andrew Spaatz Is A Member Of