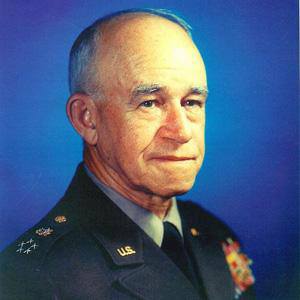 He graduated in 1910 from Moberly High School, where he had served as captain of the baseball and football teams.

His original goal was to study law, but he pivoted and embarked upon what would become a long and distinguished military career.

His parents were named Mary and John Smith Bradley.

He led more than one million U.S. troops against Adolf Hitler during World War II.

Omar Bradley Is A Member Of