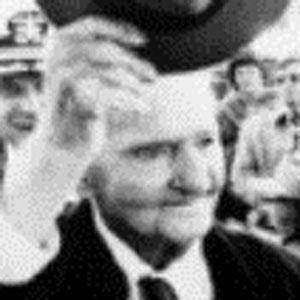 'The Father of the Two-Ocean Navy' who was a vocal advocate for a strong national defense in his long tenure in the House of Representatives, where he represented Georgia from 1914 to 1965.

He attended Georgia Military College and earned a law degree from Mercer University in 1902, joining the House of Representatives to fill his a vacated seat.

He was the sponsor of several acts strengthening the U.S. Navy, which helped the U.S. in the fighting against Japan in WW II, and had an aircraft carrier named after him.

He was born in Baldwin County, Georgia.

He was preceded Sam Rayburn in the Dean of the United States House of Representatives.

Carl Vinson Is A Member Of