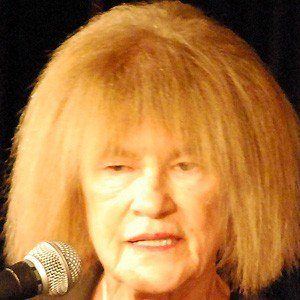 A pivotal figure in the 1960s free jazz movement. She became known for "Escalator Over The Hill," a jazz opera. Her oeuvre was covered by several other influential artists, including her ex-husband Paul Bley.

She relocated to New York when she was 17 and worked as a cigarette girl at Birdland.

She was honored in 2009 with A Life for Jazz, the German Jazz Trophy.

Her father was a church choirmaster and piano teacher, who encouraged her pursuit of voice and piano when she was young.

She collaborated with many of the major artists of her time, including Pink Floyd drummer Nick Mason.

Carla Bley Is A Member Of