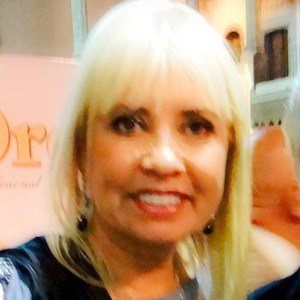 Known for her renown career producing telenovelas throughout Latin America. She has been considered one of the foremost producers of the genre, having won and been nominated for numerous Premios TVyNovelas Awards for Telenovela of the Year.

She graduated from Universidad Autónoma Metropolitana in 1978 with a degree in communications. She had initially studied psychology, but chose to switch due to her wavering interest.

Her likeness was made into a statue, and placed in Jardin de los Grandes Valores, in Mexico City, Mexico in 2005. In January 2007, she was featured as one of the 100 Most Influential Hispanics in the World in People En Espanol's annual issue.

She has worked with Adamari Lopez, a prominent soap actress, throughout her storied career.

Carla Estrada Is A Member Of