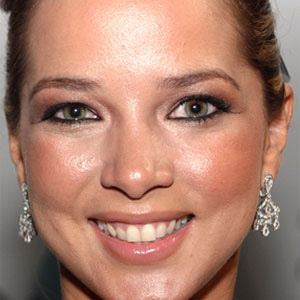 Starred in a variety of Mexican soap operas and became host of the morning show Un Nuevo Día.

She began her acting career when she was six, earning a role in Telemundo Canal 2's Cristina Bazan soap opera.

Her father, Luis, worked as an undertaker. She was married to Luis Fonsi from 2006 to 2010. She later became engaged to Toni Costa and they welcomed a daughter in 2015.

She starred alongside Michelle Vieth, Angélica Vale and Ludwika Paleta in the telenovela Amigas y Rivales.

Adamari López Is A Member Of