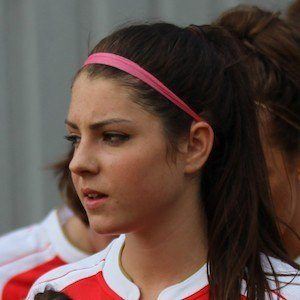 Professional English footballer who is known for her position as a midfielder for the Bristol City team.

Beginning at the young age of ten she joined  the Arsenal Ladies Centre of Excellence programme. She then began to play for the Arsenal team before transferring to Bristol City.

In 2014, she was awarded the Player's Player of the Year award by her peers.

She was born and raised in Cambridgeshire, England.

As a player for Bristol City, she can be seen in comparison to other Bristol City players including Aden Flint and Joe Bryan.

Carla Humphrey Is A Member Of