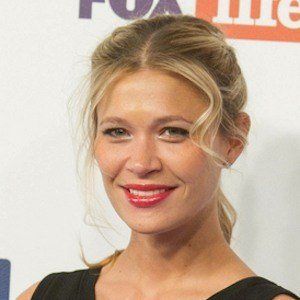 Television presenter and reality star who rose to fame competing on Supervivientes: perdidos en Nicaragua in 2010.

She began modeling at an early age, and at seventeen she moved to Milan, where she began working with designers like Max Mara and Alberta Ferretti.

She has become insanely popular on social media, earning more than 270,000 followers on Instagram alone by posting family and travel photos.

She and Diego Simeone have one daughter named Francesca.

She competed on Supervivientes: perdidos en Nicaragua, a show hosted by Jesus Vázquez and Eva Gonzalez.

Carla Pereyra Is A Member Of