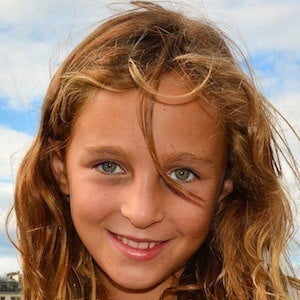 Adventure-seeker most well known for her YouTube channel, where her underwater swimming videos have earned her more than 650,000 subscribers. She loves to travel and shares pictures and videos from her trips to her carlaunderwater1 Instagram account.

The January 2012 video "Carla Underwater 2" earned a monumental 70 million views in the four years after it was posted.

Her mother has often served as her impromptu videographer on her underwater videos.

Like Madison Stewart, Australia's Shark Girl, she is a YouTuber known for her underwater videos.

Carla Underwater Is A Member Of