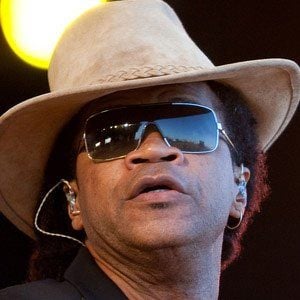 Oscar-winning Brazilian singer who founded Timbalada and Tribalistas and is known for his distinct Tropicalia and reggae style.

He studied percussion instruments as a child.

He was nominated for a 2012 Academy Award for his original music for the 2011 film, Rio.

His parents are Renato Freitas and Madalena Santos.

He wrote the song "A Namorada" for Speed 2, which starred Sandra Bullock .

Carlinhos Brown Is A Member Of