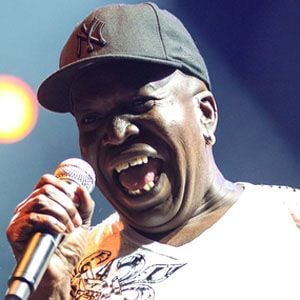 Reggae singer hailing from Jamaica who has released more than two dozen albums since the late 70's. He won the award for Best Vocalist at the 1984 British Reggae Awards.

He released his first single, "My Black Girl", as a member of duo The Mighty Multitude in 1977.

His 1998 album 'Living Dangerously' was his biggest album in years, featuring collaborations from popular artists like Snoop Dogg.

He and his cousin Everton Dacres formed The Mighty Multitude in the 70's.

He and Canadian rapper K-Os were both featured on the Rascalz track "Top of the World" in 1999.

Barrington Levy Is A Member Of