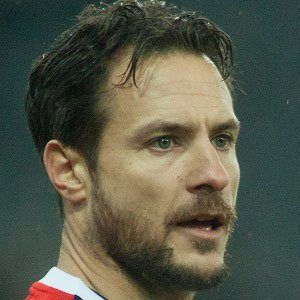 Italian soccer goalkeeper who played for Chelsea from 2000 to 2009. He joined the Los Angeles Galaxy in 2013 after spending three years with Tottenham Hotspur.

He began his professional career playing for AC Milan in 1972.

He was named Chelsea's Player of the year in 2002.

His father Fabio Cudicini was a goalkeeper for AC Milan.

He played with English star Frank Lampard on Chelsea from 2001 to 2009.

Carlo Cudicini Is A Member Of