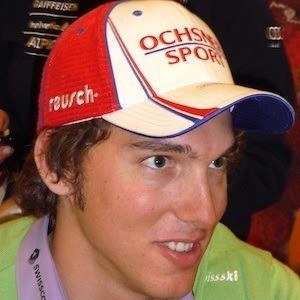 Skier who won gold medals at both the Winter Olympics, the World Championships, and one World Cup. He has more than 50,000 followers on his carlojanka Instagram account.

In December 2001, he competed in his first international FIS race. He was 15 at the time.

He set a speed record in the downhill part of the super combined event in 2013.

His mother is Ursula Janka and his siblings are Fabienne and Pirmin.

He and Anna Goodman are both skiers that have competed in the Olympics.

Carlo Janka Is A Member Of