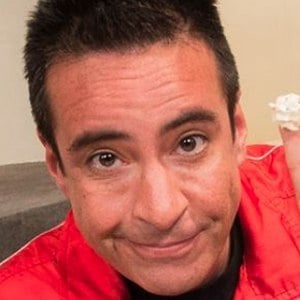 Peruvian presenter and actor who is best recognized for his recurring roles on the television shows Carita de Tuna and Pataclaun where he portrayed the character Tony. He is also known for his work hosting several television shows as well including Wantan Nights and Psiquicos.

He is known for having won the Best News Program Host award in 2011 at the Luces de El Comercio Awards for his work hosting the show La Noche es Mia.

He starred alongside Wendy Ramos and Johanna San Miguel Dammert on the television series Pataclaun.

Carlos Carlín Is A Member Of