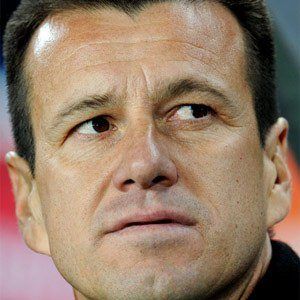 He began his professional career at the age of 17, playing for Internacional.

He made nearly 400 appearances and scored 39 goals during his time as a professional player.

He coached Kaka Liete during the 2010 World Cup.

Carlos Dunga Is A Member Of