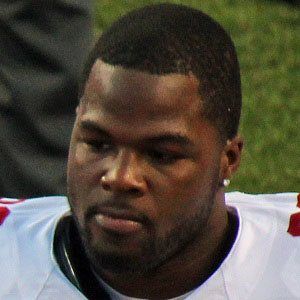 Running back who was selected 57th overall in the 2014 NFL Draft by the San Francisco 49ers. He was a First-Team All-Big-Ten selection as a member of the Ohio State Buckeyes in 2013.

He was a Rivals.com four-star recruit coming out of Naples High School.

He was suspended for the first three games of his senior season at Ohio State, but still managed to rush for more than 1,500 yards.

He has two sisters, Kelsey and Brittany.

At Ohio State he played under head coach Urban Meyer.

Carlos Hyde Is A Member Of