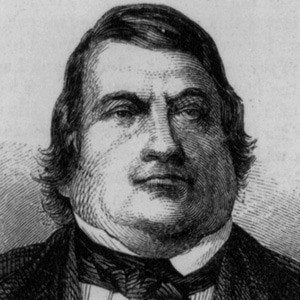 The first ever President of Paraguay who served from 1844 to 1862. He was known for developing the army and disputing with foreign leaders; he served from 1841-62.

He was educated in the seminary at Asuncion.

After the dictator José Gaspar Rodríguez de Francia died he was secretary of the military junta that ruled the country.

He married Juana Pabla Carrillo, and their son, Francisco Solano Lopez, succeeded him as president after his death.

He and Abraham Lincoln were both presidents of their respective nations at the same time.

Carlos Antonio López Is A Member Of