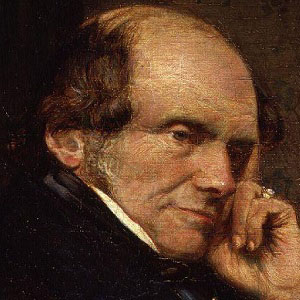 A member of the Whig Party until 1868 and of the Liberal Party until his death in 1878, Lord John Russell (1st Earl Russell) was a two-time Prime Minister of the United Kingdom, serving first from 1846 to 1852 and later from 1865 to 1866. In addition, he held the high-ranking political offices of Foreign Secretary and Leader of the Opposition.

After briefly attending the University of Edinburgh, he began serving in the House of Commons and eventually assumed the positions of Home Secretary and Secretary of State for War and the Colonies.

He made major contributions to the 1832 Reform Act, but has been widely criticized for his handling of the Great Irish Famine.

A member of a prominent Whig family, he was the son of the 6th Duke of Bedford. John Russell's first marriage, to Adelaide, Lady Ribblesdale, resulted in daughters named Georgiana and Victoria. His later marriage to Lady Frances Anna-Maria Elliot-Murray-Kynynmound produced a daughter named Mary and sons named John, George, and Francis.

He began his first prime ministerial term as the successor to Conservative politician Sir Robert Peel.

John Russell Is A Member Of