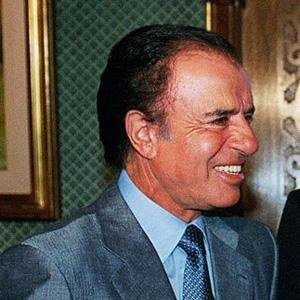 Argentinian politician who was the President of Argentina from 1989 to 1999. He became a Senator for the province of La Rioja in 2005.

He worked as a traveling salesman alongside his father in his teens.

While he was president of his country, he was arrested over an arms export scandal.

He married twice; his second wife was a former Miss Chile, Cecilia Bolocco.

He was friends with George W. Bush.

Carlos Menem Is A Member Of