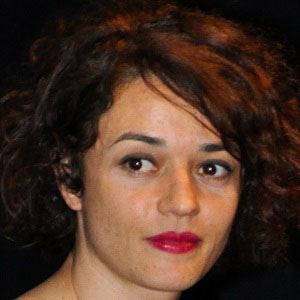 Hugely successful Italian singer-songwriter who released many multi-Platinum albums during her career, including 2000's Stato di Necessita and 2002's L'eccezione. She is the winner of more than half a dozen Italian Music Awards and received the Targa Tenco award for Album of the Year for her album Elettra.

She was born in the small town of San Giovanni la Punta in Sicily, Italy and started playing guitar at age 15. Her first album, Due Parole, was recorded in 1996.

She was appointed as a Knight of the Order of Merit of the Italian Republic, the highest honor given to an Italian civilian, in 2012.

She has a son named Carlo Giuseppe Consoli.

Carmen Consoli Is A Member Of