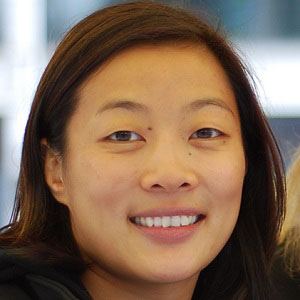 Famous as a gold medalist at the 2008 Olympic Games in Beijing, China, this women's freestyle wrestling star also won the 2010 Commonwealth Games and the 2007 and 2011 Pan American Games.

Early in her career, she won bronze and silver medals at the 2000 and 2001 World Championships.

She studied at both Simon Fraser University and the University of Calgary.

The daughter of Chinese-Vietnamese parents, she spent her youth in British Columbia, Canada, and grew up with two sisters who also wrestled. Her marriage to wrestler-turned-social worker Dan Biggs began in 2005.

She and Japanese athlete Kaori Icho both won Olympic gold medals in wrestling.

Carol Huynh Is A Member Of