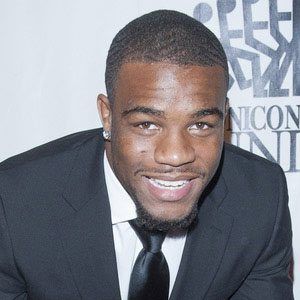 American Olympic freestyle wrestler who took home the gold in the 2012 London games in the 74 kilogram weight class.

He was a state wrestling champion during his senior year of high school.

He was a two-time NCAA champion and 2011 World Championship gold medalist.

He grew up with three siblings: Princess, Jenerra, and Leroy. He married Lauren Mariacher in 2013. He has children named Ora and Beacon.

He and gymnast Gabby Douglas both won gold medals for the United States in the 2012 Olympic Games.

Jordan Burroughs Is A Member Of