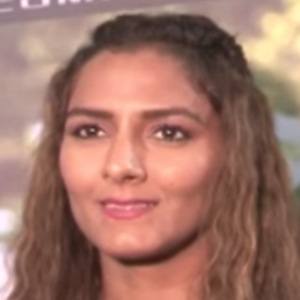 Wrestler who won India's first wrestling gold medal at the Commonwealth Games in 2010. She has 900,000 followers on her geetaphogat Instagram account.

She grew up with her father being a former award winning wrestler.

She became the first Indian female wrestler to qualify for the Olympic Summer Games in 2012.

She married wrestler Pawan Kumar in 2016.

She and Santana Garrett are both wrestlers born in 1988.

Geeta Phogat Is A Member Of