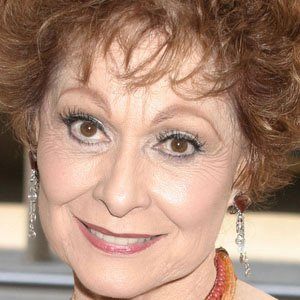 Musical theater actress who played Maria in the original Broadway production of West Side Story. She also appeared in Kiss of the Spider Woman and I Do! I Do!

She first appeared on Broadway in 1952. Just five years later, she earned a Tony nomination for her role as Maria in Leonard Bernstein's West Side Story.

She appeared in such television series as Saved by the Bell, Rawhide, Sex and the City, and General Hospital.

She acted opposite her second husband, Robert Goulet, in a production of the musical Camelot.

She starred opposite Larry Kert in West Side Story.

Carol Lawrence Is A Member Of