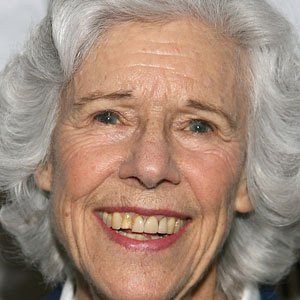 American stage and screen actress who won Tony Awards for her performances in the Broadway productions of The Heiress and The Good Doctor. She delivered acclaimed Off-Broadway performances in Driving Miss Daisy and Long Day's Journey Into Night. She also played Gloria Forrest in the 2011 film Dolphin Tale.

She debuted on Broadway in a 1955 production of The Skin of Our Teeth.

She appeared in such films as Up the Down Staircase, Raising Cain, and Julie & Julia.

With her husband, Thomas Carlin, she raised six children.

She played the mother of actor John Ratzenberger's character in the television series Cheers.