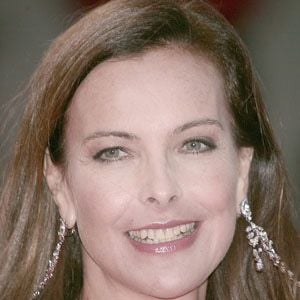 French actress who has become a fixture in French cinema with more than 40 film credits to her name, including classics like 1977's That Obscure Object of Desire. For 1989's Too Beautiful for You, she won the Cesar Award for Best Actress.

She was born in Neuilly-sur-Seine, France and began her career as a screen actress in the miniseries La Famille Cigale in 1977.

She played "Bond girl" Melina Havelock in the 1981 James Bond film For Your Eyes Only.

She was previously married to Jean-Pierre Rassam, Jacques Liebowitch and Rodolfo Recrio. She was in a relationship with actor Gerard Depardieu from 1997 to 2005. She has two sons.

She co-starred with actor Christian Clavier in the 2014 French comedy Do Not Disturb.

Carole Bouquet Is A Member Of