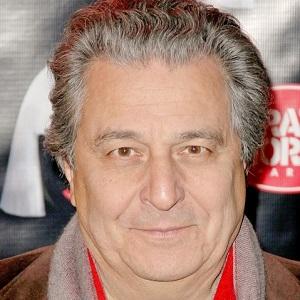 Known for his Cesar Award-nominated performance in and script for the 1993 comedy movie Les Visiteurs, this screen actor, writer, producer, and director also became famous for co-starring with Gerard Depardieu in the popular Asterix and Obelix comic-book-based films.

After graduating from the Lycee Pasteur in the Paris suburb of Neuilly-sur-Seine, he began performing with a comedy group called Le Splendid.

His brother, Stephane Clavier, had a successful career as a movie director.

Christian Clavier Is A Member Of