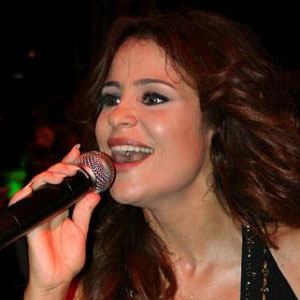 Lebanese musician and actress who won the Arab Music Award for Best Female Newcomer in 2004. She has released albums like Heim.

She was a theater actress before starting her pop music career.

In 2008, she was nominated for Best Arabia New Act at the MTV Europe Music Awards.

Her parents raised her in Khonchara. She married Walid Mustafa in 2013 and they welcomed a daughter, Tala, in 2015.

She and Jurga Seduikyte were both nominated for awards at the MTV Europe Music Awards.

Carole Samaha Is A Member Of