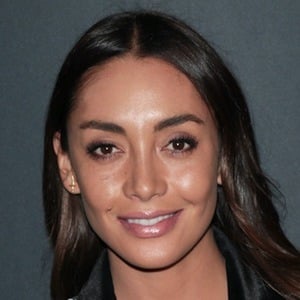 Television host, model and actress who has hosted such shows as Rock Dinner and Colombia's Next Top Model. As an actress, she is known for her roles as Raquel on La Diosa Coronada and Ima on Da Vinci's Demons.

She began her modeling career at age 15. At 18, she appeared on her first series, El Ventilador.

She co-starred with Arap Bethke on La Diosa Coronada.

Carolina Guerra Is A Member Of