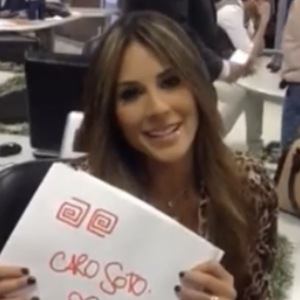 Superstar journalist and presenter who gained fame as a host for RCN. She later became a presenter for Channel 1. In 2002, she was also a contestant on the game show Rojo.

She studied journalism at Pontifical Xavierian University. She began her career on Telepacífico before joining the RCN family.

She owns her own eponymous shoe company.

She and her husband have one son named Valentino.

Both she and Ana Karina Soto have been hosts for RCN.

Carolina Soto Is A Member Of