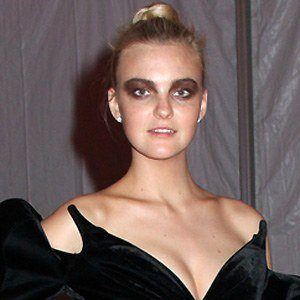 Brazilian model known most for her work with designers like Marc Jacobs and DSquared.

Her father died when she was one year old, so she and her siblings were raised by her mother.

She has been said to have the perfect walk by modeling scout and casting agent James Scully.

She married Brazilian photographer Fabio Bartelt in 2012 and she has a son named Bento.

Along with model Agyness Deyn and a handful of others, she appeared on the cover of American Vogue in May 2007.

Caroline Trentini Is A Member Of