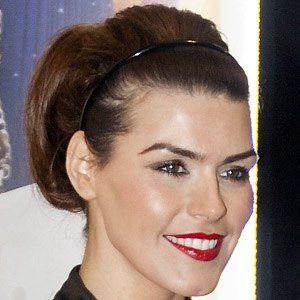 Remembered as a competitor on both The X Factor UK and the BBC's Fame Academy, this English pop and country singer and songwriter founded a music group called the Carolynne Good Band and released her first album, Introduction, in 2003.

After moving to London in the late 1990s to pursue her music career, she performed with a touring country band and signed a music publishing contract with BMG.

An actress as well as a singer, she performed in several stage plays and in a 2011 feature film titled The Last Days of Edgar Harding.

She was born Carolynne Good in Leeds, Yorkshire, England. She was married to soccer player David Poole from 2008 until 2011.

Carolynne Poole Is A Member Of