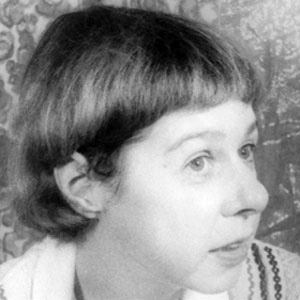 An acclaimed twentieth-century American author in the Southern Gothic genre, she is best known for The Heart is a Lonely Hunter (1940) and The Member of the Wedding (1946). Her other works include The Ballad of the Sad Café (1951) and Clock Without Hands (1961).

She left her native Georgia at age seventeen with plans to study piano at the Juilliard School in New York City. However, a bout of rheumatic fever forced her return to the South and re-focused her attention from music to writing.

She was born Lula Carson Smith in Columbus, Georgia. She had a stormy relationship with her husband, Reeves McCullers; they divorced after he was found forging some of her royalty checks. They remarried in 1945, but their union came to a tragic end (Reeves McCullers killed himself in 1953).

Carson McCullers Is A Member Of