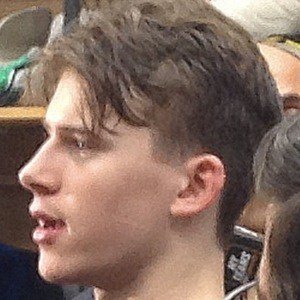 Canadian ice hockey goaltender who made his NHL debut with the Philadelphia Flyers in December 2018. He won a gold medal with Team Canada at the 2018 World Junior Ice Hockey Championships.

He had a 26-save shutout performance in his debut game with the WHL's Everett Silvertips when he was 16 years old.

He was named the NHL's Rookie of the Month in January 2019 and Second Star of the Week in February 2019.

He was born in Sherwood Park, Alberta, Canada. He has a sister named Sarah.

He became teammates with captain Claude Giroux after joining the Flyers.

Carter Hart Is A Member Of