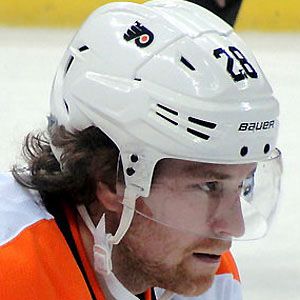 All-Star NHL center who began his career with the Philadelphia Flyers in 2008. He was selected 22nd overall in the 2006 NHL Draft.

He was named Canadian Junior Hockey League Rookie of the Year at the age of 17.

He was named to his first NHL All-Star team in 2011 and was featured on the cover of EA Sports NHL 13.

Claude Giroux Is A Member Of