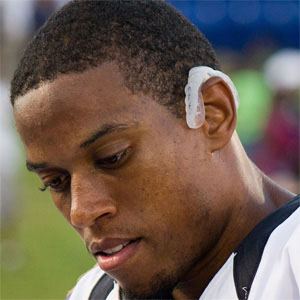 Cornerback selected in the 7th round by the Titans in 2008. He played four seasons for the Ravens before signing with the Eagles in 2013.

He was an NCAA Division All-American during his final season at Washburn University.

He played a key role in the Baltimore Ravens reaching Super Bowl XLVII by making two late-game interceptions during the playoffs.

He was born to Miami to parents Calvin and Trina Golson.

He intercepted a Tom Brady pass in the end zone to secure the Ravens' 2012 AFC Championship.

Cary Williams Is A Member Of