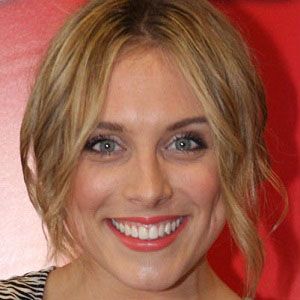 Australian singer and actress best known for her years as a presenter on the popular children's show Hi-5. She joined the show in 2008 and left in 2013 to pursue a career as a solo artist.

She made her television debut on the series Home and Away and was a presenter for Girl TV at age 15.

She contributed guest vocals to Leo Sayer's anti-fracking song "No Fracking Way" in 2013.

Her father Ray Burgess was a presenter on the Australian weekly music show Countdown.

She replaced Charli Robinson as a presenter on Hi-5.

Casey Burgess Is A Member Of