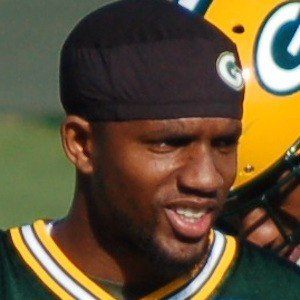 NFL cornerback who debuted with the Green Bay Packers in 2012, finishing in 3rd place in Defensive Rookie of the Year voting. He signed with the San Diego Chargers in 2016 and led the NFL in interceptions (7) during his first year with the team.

He played primarily quarterback as a high school football player. He would later make the permanent switch to cornerback as a student-athlete at Vanderbilt University in 2008-09.

He was raised in Perry, Georgia by his parents Casey and Tish Hayward.

He frequently played alongside Sam Shields in the Green Bay Packers' secondary during his tenure there.

Casey Hayward Is A Member Of